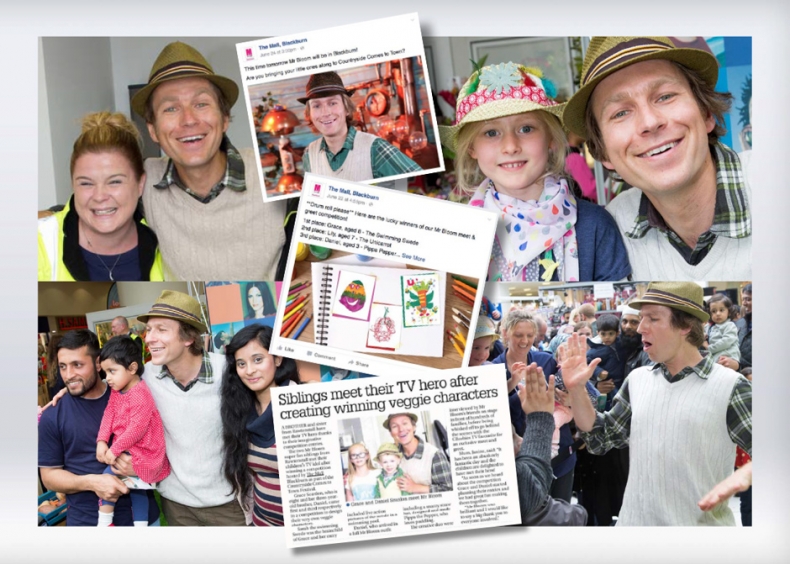 Working in partnership with event organisers Blackburn Business Improvement District (BID) and The Mall, ICG launched a social media competition, which encouraged children to design and describe their very own vegetable character, with the winning entry, 'The Swimming Swede', selected by Mr Bloom himself!

Both pre and post event press releases were distributed across Lancashire to shout about the meet and greet competition as well as The Mall Blackburn's activities during the festival weekend, which included the highly popular Vegetable Nanny workshop, where little ones could go along and make their very own veggie baby.

The PR team were also on hand throughout the day, arranging interviews and setting up perfect photo opportunities.

The result? Coverage in a wide selecting of North West publications including the Lancashire Telegraph, Rossendale Free Press and Accrington Observer as well as hundreds of entries to the social media competition which led to great engagement on both The Mall's Twitter and Facebook pages.