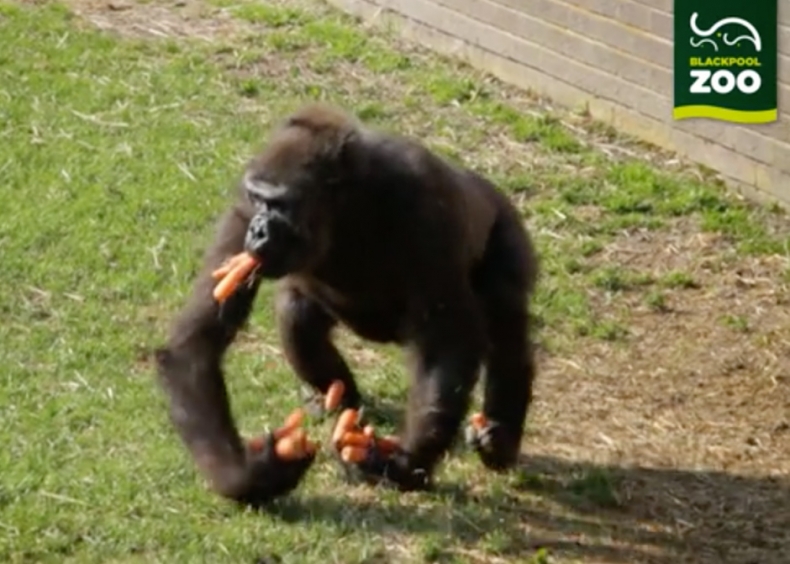 This video is no longer available.

After the resounding success of our first video press release for Blackpool Zoo the ICG PR team produced more broadcast quality footage to celebrate the first birthday of Meisie the Western Lowland gorilla. She is the first of her species ever to be born at the award winning attraction and we spent the morning behind the scenes at the zoo catching heart-warming and amusing material of Meisie with her group. The footage was sent, along with a press release and pictures showing how she has developed since being born, to newspaper, magazine, TV and radio contacts across the globe. As always, she was an instant hit with her adoring public. Coverage included the Daily Mail, Sky News, BBC News, VisitLancashire and VisitBlackpool, The Blackpool Gazette and BBC Radio Lancashire to name but a few. We also used the video on the zoos facebook and pointed people to it via twitter, which led to positive comments and tweets galore!