Earlier this year ICG pledged their support to the organisers of the Fylde Sports Award to manage and help organise this years’ event.

In 2018 ICG scooped the Fylde Sports Award for ‘Active Workplace’, following the event Simon Couchman, Joint Managing Director at ICG felt that the team could really help make a difference and as part of their 25th anniversary celebrations this year, ICG made a commitment to support the event for free.

Simon commented: “After attending the event in 2018 we saw just how important it was to the local community. We wanted to make the 10th anniversary of the Fylde Sports Awards extra special and knew that we had the skills to be able take the event to the next level”.

ICG worked closely with Fylde Council’s Sports Development Team throughout the year to organise the event. This started with a complete brand redesign followed by the production and printing of new artwork and brand collateral to support the event.

The 10th annual Fylde Sports Awards took place on the 8th November, at the Glendower Hotel in St Anne’s; it was a sell-out event, which received a record number of entries.

The event celebrates people, clubs and organisations across the Fylde who go above and beyond in sporting activities and achievements.

ICG also provided on-going event management support in the lead-up to the event and on the night, which saw 10 winners crowded as part of the 2019 celebrations.

For the first time ever, ICG were able to secure sponsorship, which helped organisers make it the best and most exciting awards ceremony yet.

Miller Homes North West was the headline sponsor alongside silver sponsorship partners, Ride, which is a Lytham based spin studio, Your Gym, a state-of-the-art gym also based in Lytham and the AFC Fylde Community Foundation. 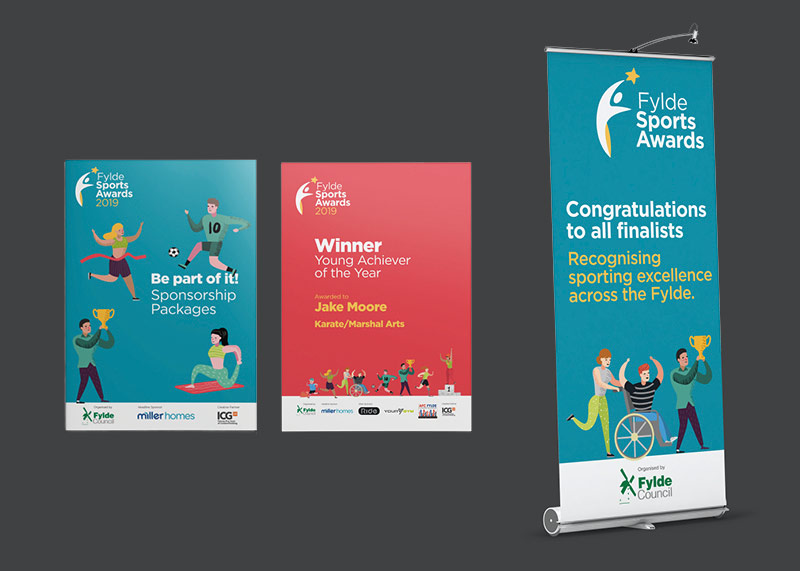