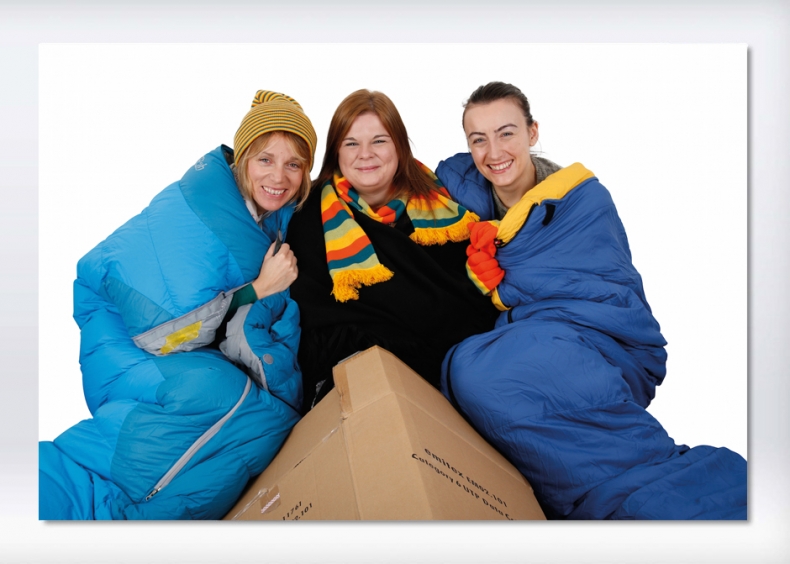 ICG will be taking part in a chilly outdoor sleepover to raise money for the nominated charity of PR and social media client The Mall Blackburn.

Three members of the team will be braving the wintry weather on December 4th to spend a night sleeping on the streets of Blackburn with Nightsafe - a charity, which supports homeless young people.

Each equipped with just a cardboard box, newspaper for insulation and a sleeping bag, Paula, Amy and Julie will be taking part in the charity's 25th anniversary Sleep Out event outside the Mall Blackburn under the clock tower on King William Street.

Paula Holden, PR Manager at ICG, said: "Nightsafe is the 'Charity of the Year' for our client The Mall Blackburn and after writing about their work, talking to their team and learning the cold hard facts about the predicament of homeless people, we just had to do something to help.

"Though we will be spending the night out with only a few basic supplies, this is already more than most homeless people have, which is absolutely heart breaking."

The Mall Blackburn has been supporting Nightsafe throughout 2015 as part of its Mall Cares initiative.

During the summer, it donated one of its retail units to Nightsafe as a dedicated space for the charity to hold a series of fundraising activities including a charity shop and an art gallery.

Lorraine Jones, General Manager at The Mall Blackburn, said: "Well done to ICG for volunteering to support Nightsafe, which really does a fantastic job in supporting vulnerable young people in Blackburn.

"I'm sure the girls are in for a chilly night but have the promise of a hot breakfast the following morning to keep them going!"

Jan Larkin, CEO of Nightsafe, which helps young people aged between 16 and 24 through its Day Centre, Night Shelter and supported housing projects, said: "We are delighted to have ICG with us for the Sleep Out. Looking at the long-term weather forecast, I think we'll all have to huddle together!"

To get in the spirit of the charity outdoor sleepover, ICG's design team are planning to bring some creative flair to the girls' cardboard boxes.

To donate to the Sleep Out fund, please visit the ICG just giving page here.