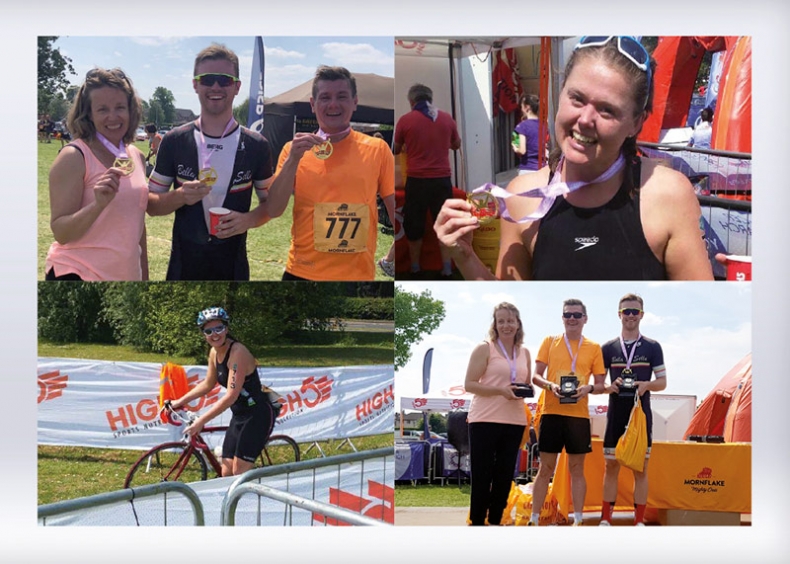 Team ICG proved they are more than just a great bunch of marketing creatives after taking the top spot in the Cheshire Triathlon!

And, they also cheered on solo triathlete, Senior Designer Sarah Southworth who competed in the Sprint Female category in her very first triathlon.

The Cheshire Triathlon is set in Nantwich and includes an outdoor swim in the one of the UK’s last remaining inland brine pools, a bike course in the local countryside and a run circuit at Barony Park.

Team ICG completed the triathlon in 1 hour, six minutes and 52 seconds, almost two minutes ahead of the team behind them with Julie in the pool, Sam on the bike and Simon in the run.

Sarah completed the course in 1 hour, 44 minutes and 38 seconds and has now got her sights firmly set on her next tri challenge!

Fellow ICG-ers came to support the team on the day, which was bathed in glorious sunshine.

Simon said: “We’re absolutely thrilled to have won the mixed relay – we had a strong team and our eyes on the prize but you never know what you’re up against!

“Really proud of everyone, especially Sarah who completed the triathlon solo!