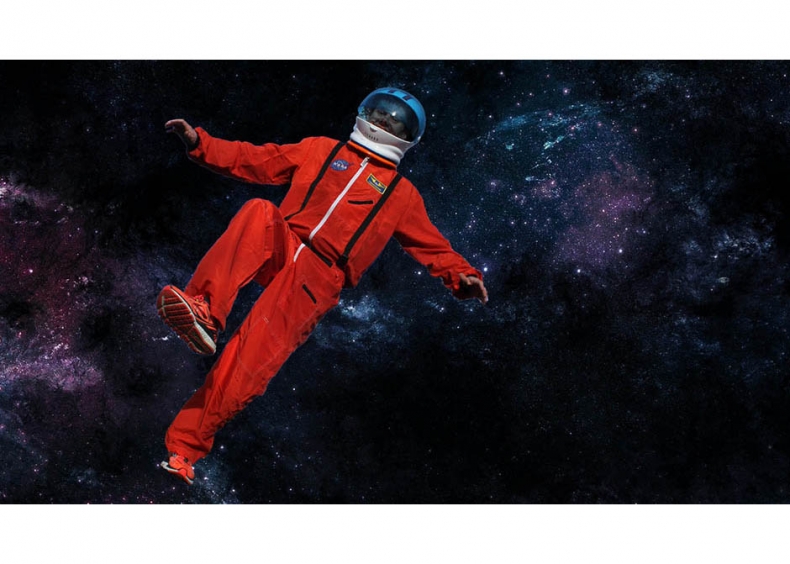 ICG's very own running man is getting ready for an epic World Record Attempt by completing the London Marathon dressed as a Astronaut...or, as he likes to say, an Asthmanaut!

Simon Couchman, 38, who is our Creative Director, is hoping to beat the current record of three hours and 19 minutes in his custom made ensemble.

He is raising money for Asthma UK after suffering with the condition all his life. It was so severe that in his younger days he wasn't able to take part in any sports in school or run for any distance.

At the age of 26 Simon decided enough was enough and set his sights on running! He started training and worked his way up by taking part in 10k runs and half marathons, before completing his first ever marathon in 2004.

Always one to go the extra mile, Simon completed this marathon dressed as a lobster in a very respectable three hours and 53 minutes.

Twenty marathons and ten years later, Simon is preparing for the run of his life and his wife, Jennifer, is currently customising his outfit -- which includes a full helmet -- to be as streamlined and breathable as possible.

When national running footwear and apparel specialist Brooks heard about Simon's 'mission' they offered him a pair of their brand new, flagship Transcend trainers, which launch this week.

They are bright orange, which match Simon's spaceman outfit, and all the marketing material for the new trainer contains astronauts and outer-space!

Speaking about the challenge that lays ahead Simon said: "I want to mark my ten years of marathon running with an out of this world charity attempt.

"Having suffered with Asthma all my life I want to raise money and break a world record at the same time!

"I have been training hard and I suspect that the people of Lancashire are going to be surprised to see a fully dressed astronaut, or Asthmanaut running around in the next few weeks.

"'I was 'over the moon' when Brooks offered me a pair of their brand new trainers as I have worn their footwear for every single marathon I have taken part in.

"My fastest marathon time is three hours and four minutes, which is 15 minutes faster than the current record. I have to take into account the outfit though, which is inevitably going to slow me down a little bit.

"Hopefully, with the crowd behind me and the weather on my side, I will break the record and raise lots of money for a very worthy cause."

Simon the Asthmanaut can be seen pounding the streets of Lancaster, where he lives, and near our office in Warton, in the coming weeks.