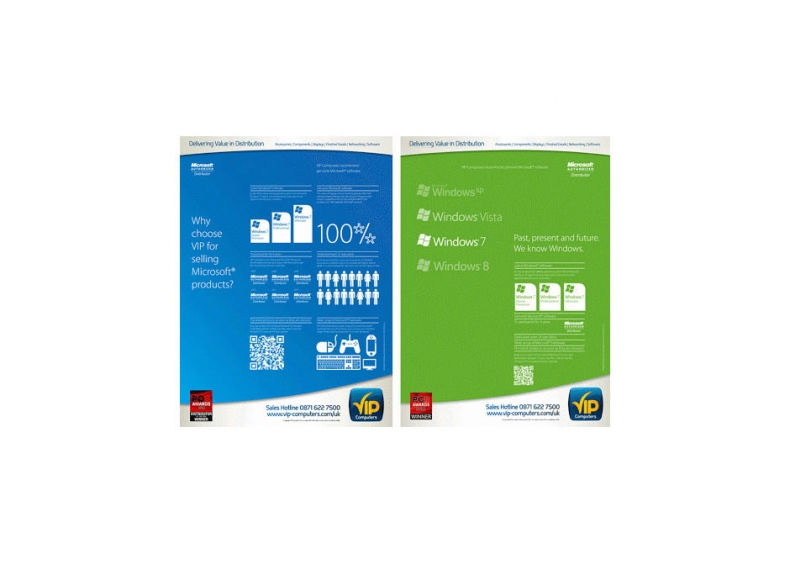 Why choose VIP for selling Microsoft products? That was the strapline for a trade ad campaign on behalf of ICG client, VIP Computers.

The campaign focused on demonstrating the benefits of using the authorised Microsoft Distributor including its commitment to competitive pricing and its impeccable credentials as a long standing official distributor.

Clever use of icons and key message brought three complementary designs to life which were featured in the computer trade press including PCR magazine.

It was followed by a successive campaign to promote the forthcoming launch of Windows 8.

ICG, in partnership with VIP Computers had to meet specific Microsoft guidelines about the design of the pre-launch marketing collateral with the issue of information and imagery being tightly controlled before the new operating system is fully unveiled in October.

The campaign is being featured in the trade press while VIP Computers also issued a direct mailer to customers featuring a Windows 8 'upgrade offer' as part of a drive to encourage consumers not to delay buying new PCs, laptops or tablets preinstalled with Windows 7.

The issue of the A5 mailer was timed to coincide with Euros 2012 to reward VIP Computer customers with the chance to win a 3D gaming notebook.