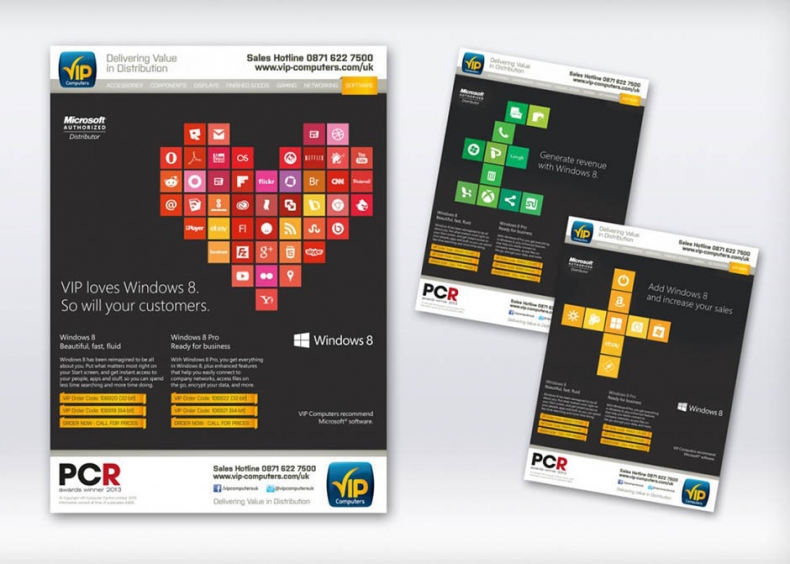 Following a number of successful campaigns to promote Microsoft Windows, VIP Computers, the UK's largest independent distributor of PC components, peripherals and associated products, called on ICG's design team to come up with a campaign that would promote Windows 8 to its customers.

In particular, VIP Computers was keen to raise awareness of the revenue generating opportunities for IT resellers, via Windows 8.

This simple yet highly effective campaign was used in all of VIP Computer's trade adverts, e-shots and web banners.

Our Work Design Our Clients