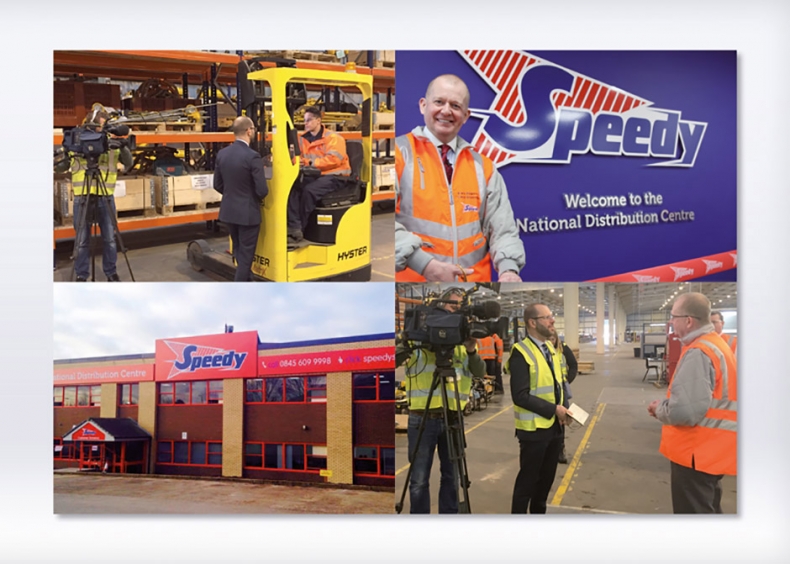 At 162,000 sq ft, it is the largest facility of its kind in the UK hire industry, and as well as serving as a central hub for Speedy's portfolio of 4,000 product lines, the NDC is also home to the company's new National Induction and Training Centre...and so ICG had lots to talk about!

After receiving ICG's press release, ITV News at Ten was keen to feature the NDC in a special economy and employment report and spent a day filming at the NDC. Speedy was featured on primetime TV on ITV's 6pm news bulletin, followed by a more comprehensive feature at 10pm.

A number of media exclusives were secured with titles including Construction News, Health & Safety at Work and the Birmingham Post, and a further 23 pieces of trade, regional and business coverage was achieved, equating to a total PR value of almost £160,000 and a reach of two million.

ICG continues to operate a hardworking and proactive press office for the company, to communicate the brand's key messages.