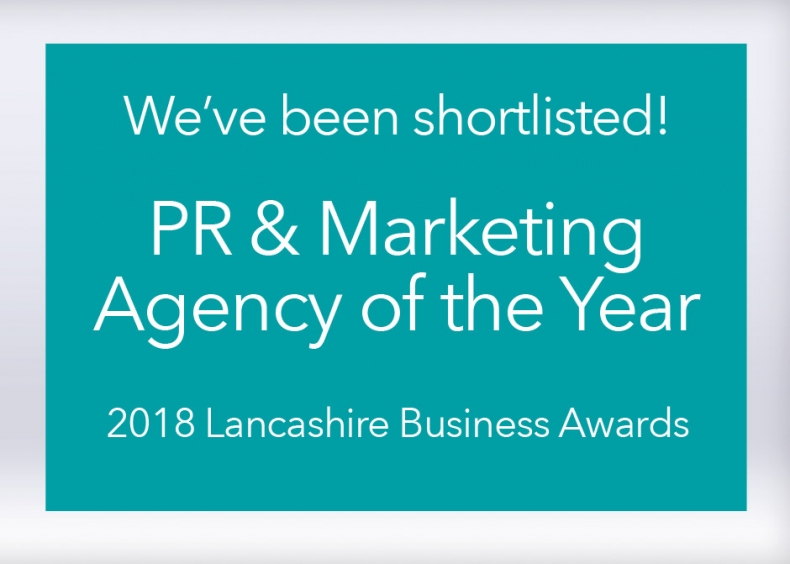 We’re excited to announce that we’ve been nominated for PR & Marketing Agency of the Year at the 2018 Lancashire Business Awards.

Hosted by Downtown in Business, the awards celebrate the crème de la crème of Lancashire talent and winners will be announced during a glamorous gala dinner at Blackburn’s Stanley House Hotel on Thursday 21st June

Simon Couchman, Creative Director at ICG, said the team is thrilled to have been nominated: “The team are over the moon to be nominated for such a sought after award - especially since the votes were cast via an online poll.

“We have had a great start to 2018, welcoming four new clients to our growing portfolio and strengthening our team with a quartet of new employees. This latest nomination is the cherry on top of the cake.”

The winner for each category will be decided via a combination of judge’s decision and online votes. If you can spare a second we would really appreciate your support.

Vote for us here