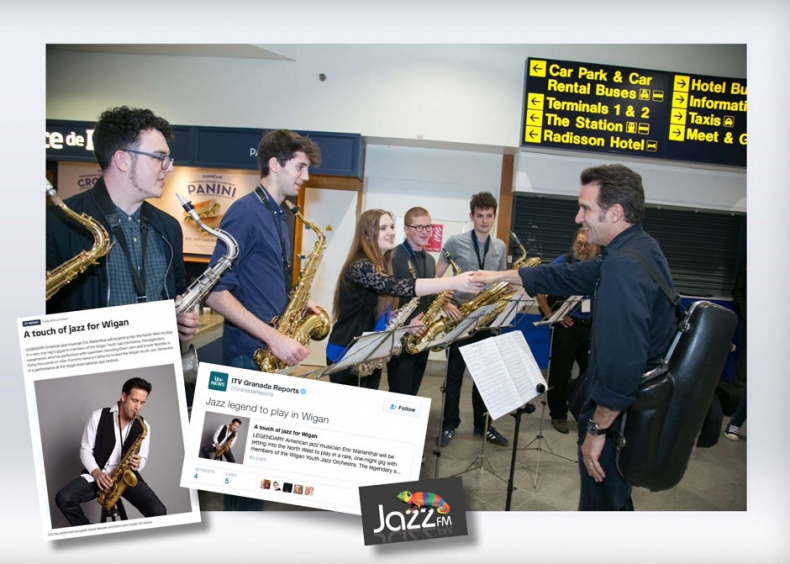 If variety is the spice of life, then ICG has it in bucket loads.

When the Wigan Jazz Festival rolled into town we were called upon to help catch the eye of the North West press and music media.

And, we had a particularly great story to tell. Legendary American jazz musician Eric Marienthal was jetting into the North West from California to play in a rare, one-night gig with members of the Wigan Youth Jazz Orchestra, which incidentally, was celebrating its 40th anniversary.

Not only were we helping position Wigan as the jazz capital of the North West, we had heaps to share about the Wigan Youth Orchestra which has nurtured a stream of talented musicians during the last four decades.

Within a couple of weeks of starting work, we secured pre-event coverage on Granada online and Jazz FM’s music news with some great photography of Eric being greeted at Manchester Airport by a welcoming party of six saxophone players.

The performance by Eric and the Wigan Youth Jazz Orchestra on 8th July proved to be amazing event with a sell-out crowd of more than 500! And, this year’s festival proved so successful that next year’s is already in the pipeline.