Charity starts at The Mall Blackburn! 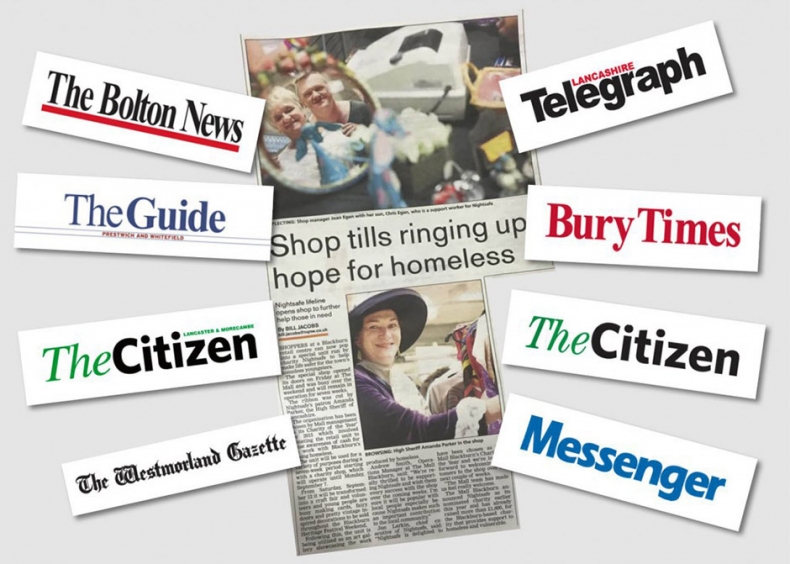 Each year ICG client, The Mall Blackburn has the difficult choice of selecting a local deserving cause to become its Charity of the Year. Benefits of the sought after title include funding contributions and marketing support.

This year kind-hearted bosses at the shopping centre went that extra mile for nominated charity, Nightsafe, by donating an entire shop unit for seven weeks.

Nightsafe, which is dedicated to supporting homeless and vulnerable young people across Blackburn and Darwen has utilised the unit as a pop-up charity shop and ICG's PR team were on hand to let the regional press and media know about it.

ICG worked closely with The Mall's marketing team as well as Nightsafe's Chief Executive and Volunteer Coordinator to pull together press releases as well as media invites and photographers for the official opening.