Jet off with Lakeside Village 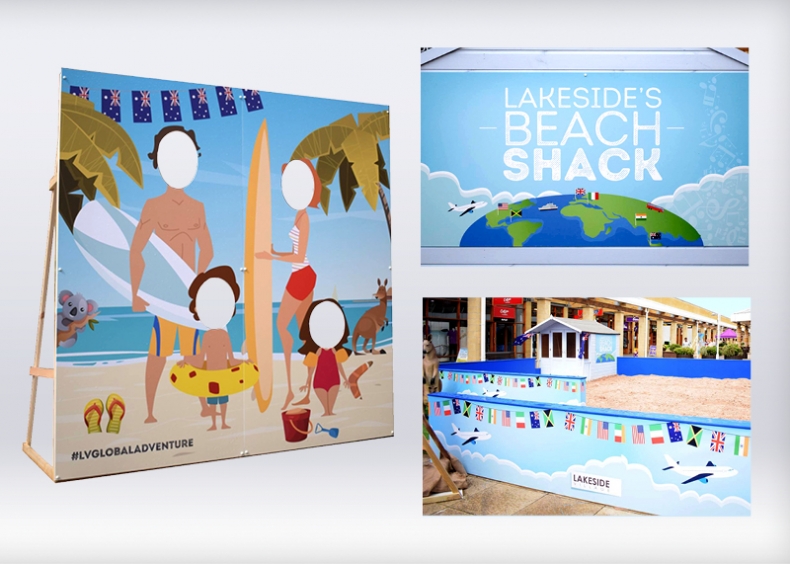 Lakeside Village was on a journey around the globe this summer and took shoppers along for the trip.

With a jam-packed summer itinerary planned, the centre called upon ICG to help promote its events that jetted its shoppers off to a different location each week.

ICG's design team produced eye-catching creative featuring the countries that was showcased throughout the event period.

The creative included on-site posters, web and social media graphics as well as external event panels that were used around the centre's outside beach area and beach shack. To encourage user engagement a peep board was produced for shoppers to take their best beach selfie!

Offsite, ICG implemented an advertising campaign that was used in the local press as well as an ad van to take the message to the open roads.

In addition to the marketing material, ICG took the campaign online and produced a social media advertising campaign on Facebook which reached over 20,000 people within the first three weeks. The designers worked alongside the digital team to pull together a range of email marketing newsletters further promoting the summer event.