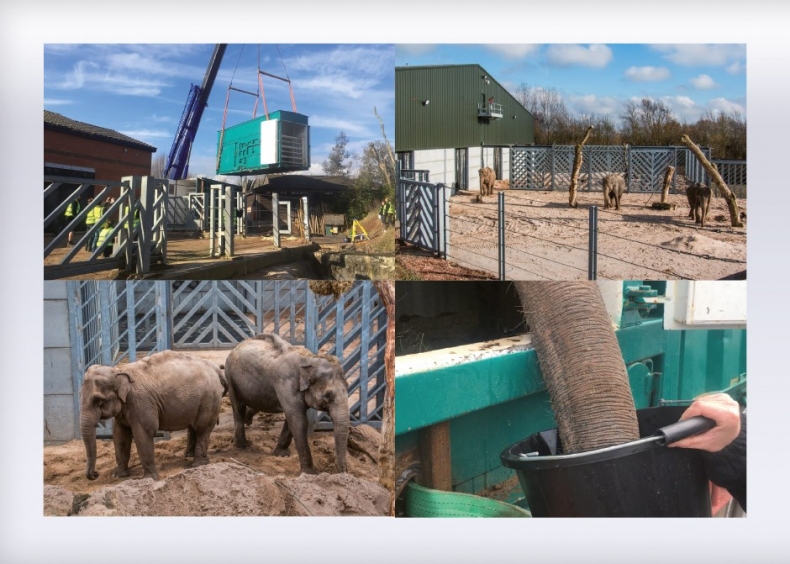 It was a mammoth task, but the media launch of Blackpool Zoo's largest ever investment was a complete success!

The ICG PR team has lived and breathed the development, named Project Elephant Base Camp, since ground broke in 2016.

They have reported on every milestone, from the gigantic underground water tank that is going to be used to harvest rainwater for general cleaning and the sprinkler system in the massive facility, to the arrival of two new elephants from Twycross Zoo.

So when it came to the grand opening, starting with a press preview the day before the public launch, the team were well versed as to what to include in the press pack.

Media invitations went far and wide and the PR team worked closely with the marketing team at the zoo to create a theatrical launch event that befits such a huge investment.

Press packs were written and designed in the form of field notes and presented to journalists in sustainable wooden clipboards as well as on branded USB sticks that also included plenty of images of the entire development.

The resulting coverage dominated the airwaves and news pages for the next 48 hours with BBC and ITV covering it breakfast, noon and night! BBC Radio Lancashire, Rock FM, Heart Radio and Key 103 all broadcast the news and the Blackpool Gazette ran a huge article celebrating the latest addition to the town's attractions.

Thousands of visitors flocked to the zoo over the weekend in a bid to be one of the first to see Project Elephant Base Camp and its beautiful residents.

The fun doesn't stop there though, with two more elephants set to arrive before the summer, and the introduction of a bull elephant on the not too distant horizon, there are plenty more column inches to be had in the coming months and years.

You can keep up to date with the latest news from Project Elephant Base camp by visiting www.projectelephant.org.uk.

Find out more about our PR team and see how we can help you to achieve great coverage.