LFE and ICG team up to help Kick it Out!

It was a real team effort when it came to creating engaging video content to support League Football Education’s (LFE) partnership with Kick It Out, The EFL and The PFA.

LFE works closely with the football family to help educate academy football about the importance of equality, diversity and inclusion. Together, ICG and LFE recognised a gap and responded by building accessible video resources to support football’s fight against discrimination.

ICG worked with the team to devise a storyboard of ideas to accompany the scripts that were narrated by high-profile voice over expert, Tim Odofin.

Animations were clean and easy to understand, bringing all aspects of the messaging together. 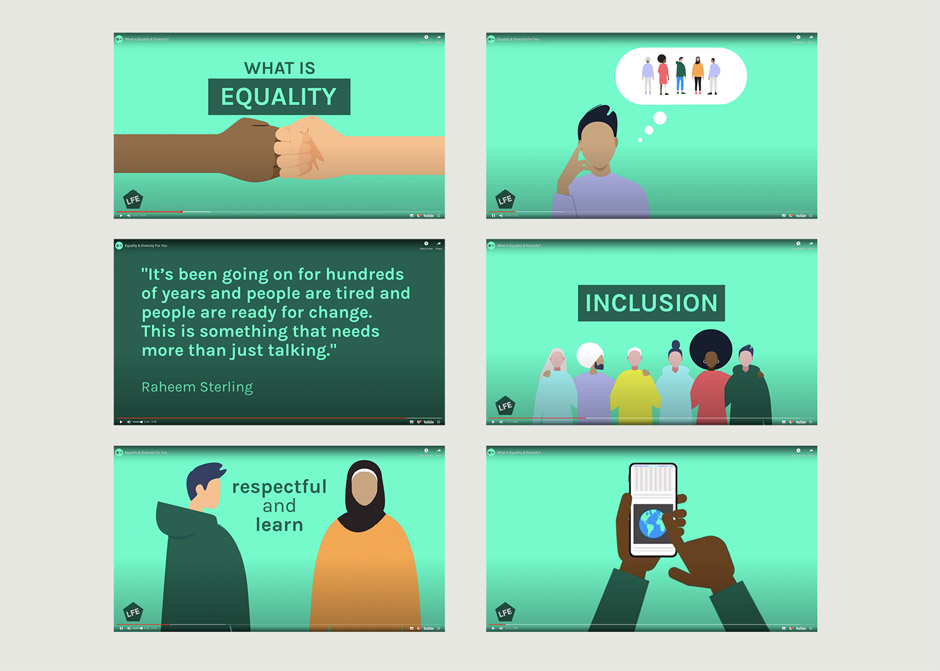 LFE was delighted with the end result, with the words ‘awesome’ and ‘innovative’ cropping up in quite a few of the emails during the approvals process!

Design Digital Our Clients Our Work