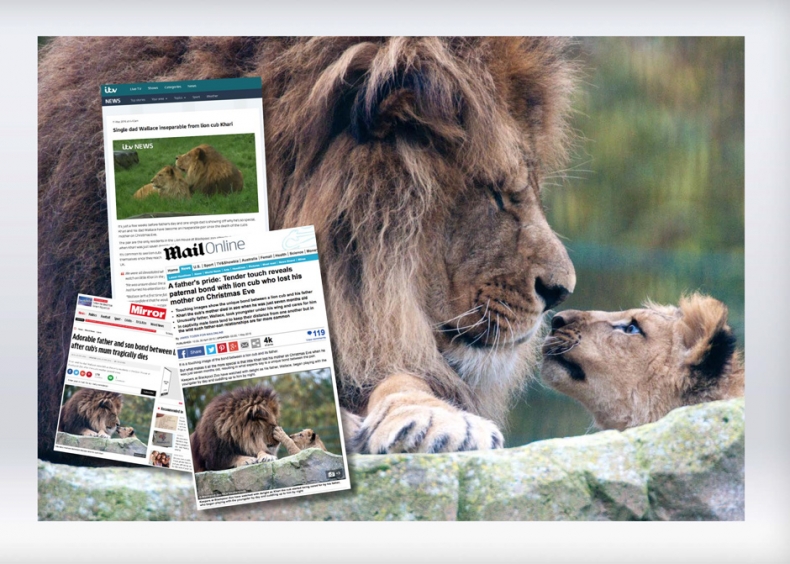 With father and son bonds between lions so rare, ICG's PR team wasted no time in letting the UK's press know about a very special relationship taking place at Blackpool Zoo.

Cub Khari and dad Wallace were left as the only two residents in the Lion House after Khari's mum passed away unexpectedly on Christmas Eve.

Five months on and the father and son are now closer than ever and have recently started spending mealtimes together, a major step forward in the process of the two living together permanently.

Equipped with touching images of the duo and a short video clip featuring an interview with the lions' keeper, the PR team sent details of the pair's unique bond to the national, regional and local press, who found the images and footage as adorable as we did.

TVs also loved the story, with ITV News Granada making a trip over to the zoo to film Khari and Wallace in action resulting in coverage in their morning and evening news segments.