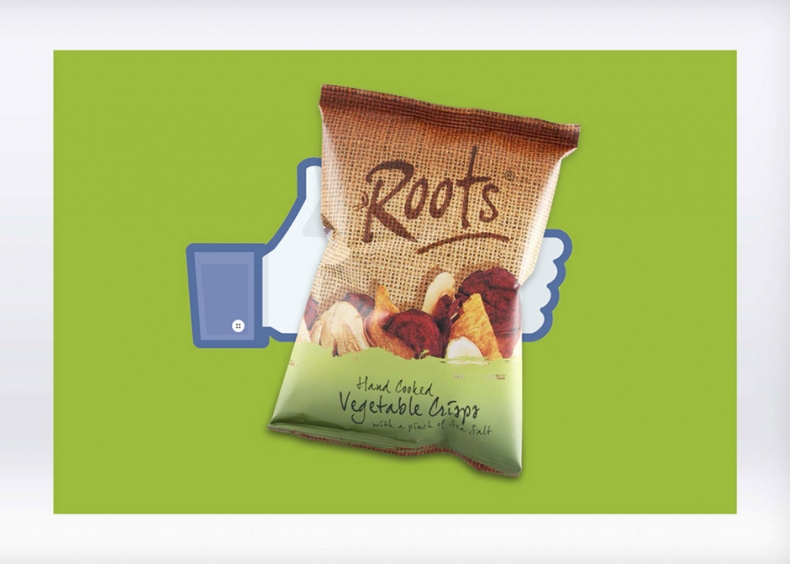 With the expansion of social media channels over the past few years, from Facebook to Pinterest, we know that it changes the way customers perceive a brand and it's now regarded as an essential marketing platform.

We jumped up and down when Roots Hand Cooked Vegetable Crisps appointed ICG to develop and implement a PR and social media campaign to support its consumer launch.

The key objectives of the social media campaign included, building followers, increasing customer engagement and generating a high level of brand awareness for the tasty treat. A content plan was created and off we went!populating Facebook and Twitter accounts daily, while responding and engaging with consumers.

As part of the plan, a personality was developed for the brand and key partnerships were secured with both local and national organisations, including leading Northern retailer Booths, The Vegetarian Society and Lancashire Wine School.

Weekly competitions formed a key part of the activity - who doesn't love a free hamper of crisps! As a result of all the activity, the six-month campaign saw significant audience growth, resulting in a whopping 1,700% increase on Facebook and 1,200% on Twitter.

Rachael Ireland, PR account manager, who led this campaign said: â€œBoth ICG and the client were delighted with the success of the campaign and the growth achieved demonstrates the importance and popularity of social media as a credible marketing channel.â€