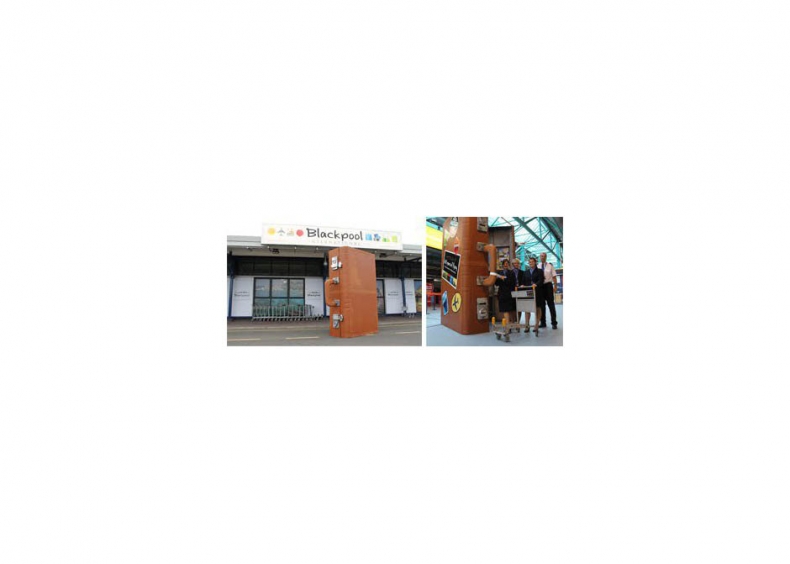 A GIGANTIC over-sized suitcase packed full of history is causing a stir at Blackpool International’s check-in desk!The amazing 10-foot high suitcase has gone on display in the airport terminal as part of an interactive exhibition to commemorate 100 years of flying in Blackpool.The suitcase is, in fact, an extraordinary piece of artwork by Lancaster based artist Paul Kondras and is now being used to host an eye-popping exhibition about the resort’s unique links with the aviation pioneers of the early 20th century.Officially recognised by the Royal Aero Club, Blackpool hosted the country’s first air show in October 1909 when 200,000 spectators gathered for Blackpool Aviation Week.Now, exactly a century later the airport is planning its own week of celebrations to honour this special event which laid down the foundations for Blackpool’s unique association with individuals such as AV Roe and Amy Johnson.