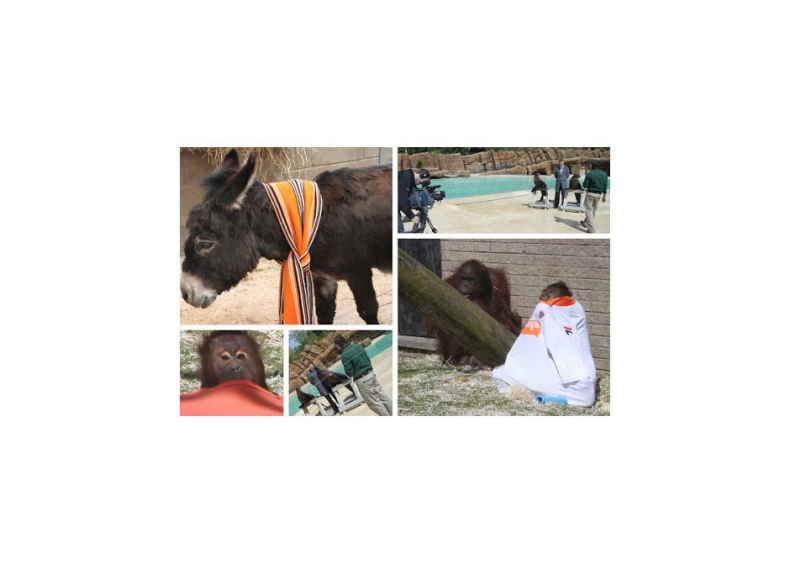 There was a flurry of filming at Blackpool Zoo last week as Granada Reports came to film Blackpool Football Club's furriest fans!When the PR team found out that the Tangerines were once again set for the play-offs at Wembley they put together a list of filming opportunities for Granada, and even managed to get an XXXXXL team shirt from the club!Sports Reporter David Chisnall spent a sunny morning in Blackpool filming Summer the orang-utan wearing the football kit, Danny the donkey looking dashing in his supporter's scarf and a brand new tangerine and white striped Sitatunga baby.He also called in on sand-grown sea lions Gina and Anya to check out their ball skills and have a chat with them about the team and its chances.The really wild footage was weaved into Friday's lead sports report on Granada Reports and it was also featured on the Granada late news in the evening.Although the football results didn't turn out as we had all hoped -- the ICG PR team scored some (tangerine) dream coverage for Blackpool Zoo.