Mum's The Word store opening is top of the class! 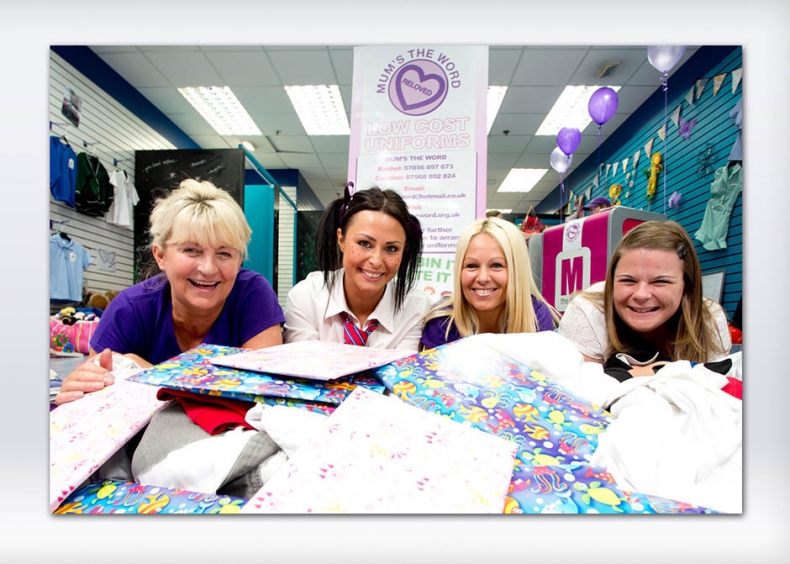 Store openings are just one of our specialisms at ICG and so when we were tasked with launching The Mall Blackburn's newest store, 'Mum's The Word,' we couldn't wait to get stuck in.

Mum's The Word is a local community interest organisation, which sells pre-loved children's school uniforms at a fraction of the usual cost. The store officially opened its doors with a 'Back to School' themed event on Saturday 20th July 2013.

ICG invited Councillor Dave Harling, Executive Member for Schools and Education at Blackburn with Darwen Borough Council, to the event, where he joined co-founders Rachel Rhodes and Caroline Fotios, alongside Loraine Jones, General Manager at The Mall Blackburn, in cutting the ceremonial ribbon and declaring the store officially open.

Rachel and Caroline dressed as traditional head-teachers and ICG's account manager, Rachael, dug out her school tie and got into the celebratory spirit.

Keen to support the community initiative, ICG donated retro sweets, including refreshers and flying saucers to hand out to customers. The company also provided stationery items including colouring pads, pencils and children's books, for the lucky dip.

In the store's 'chill out' area, a face painter also transformed children into colourful characters throughout the morning and youngsters were handed Mum's The Word balloons to take home.

Ahead of the launch, ICG secured pre-event coverage on ITV's Granada Reports, BBC Radio Lancashire and The Bee, as well as multiple articles in the Lancashire Telegraph.

Mum's The Word will be trading in The Mall Blackburn until Friday 30th August, after management at the shopping centre offered Rachel and Caroline a unit free of charge in recognition of their work within the community. ICG will continue to raise the store's profile over the next six weeks.

To donate any unwanted school uniforms and activity items, please call Caroline or Rachel on 07968 802824 or deposit in store, which is located at the unit next to Ditsch adjacent to Vodafone.