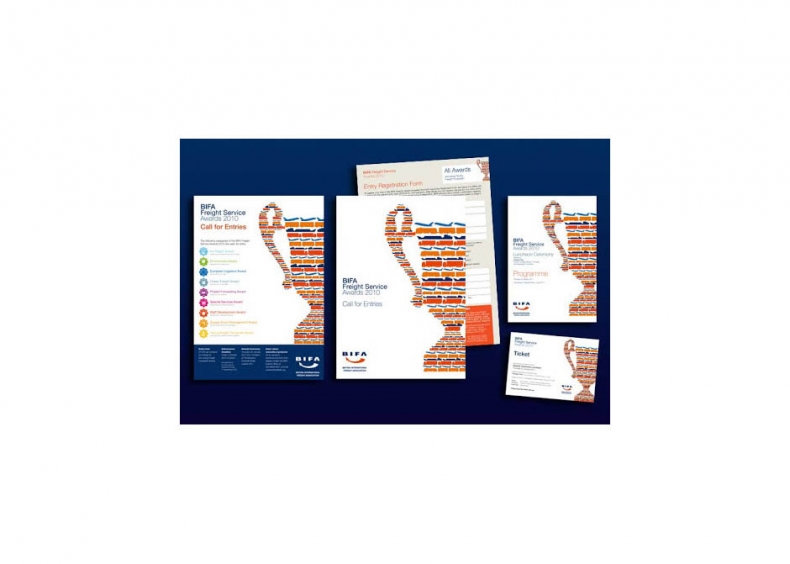 Our client BIFA (British International Freight Association) has been organising and hosting the BIFA Freight Service Awards, which recognise excellence and professionalism in various sectors of the logistics industry, for 22 years.

In 2010 they approached the ICG creative team to produce all the marketing collateral they would need to make this year’s competition and ceremony, held on the 20th January 2011, the best yet.

We got to work by creating an original event identity for the ‘call for entries’ brochures, which gave background information on the awards and categories, as well as press advertisements and creatives for the BIFA Awards website.

As the entries flowed in we designed the tickets and produced the programmes for the hugely anticipated luncheon ceremony and sourced and put the finishing touches to the quality crystal trophies.

Whilst the winners were being announced at the Brewery in London, the creative team at ICG were finalising the designs for the post-event press and web advertisements. The awards, once again, were hailed a success by all and we look forward to working with BIFA on their event promotion and corporate marketing work throughout 2011.