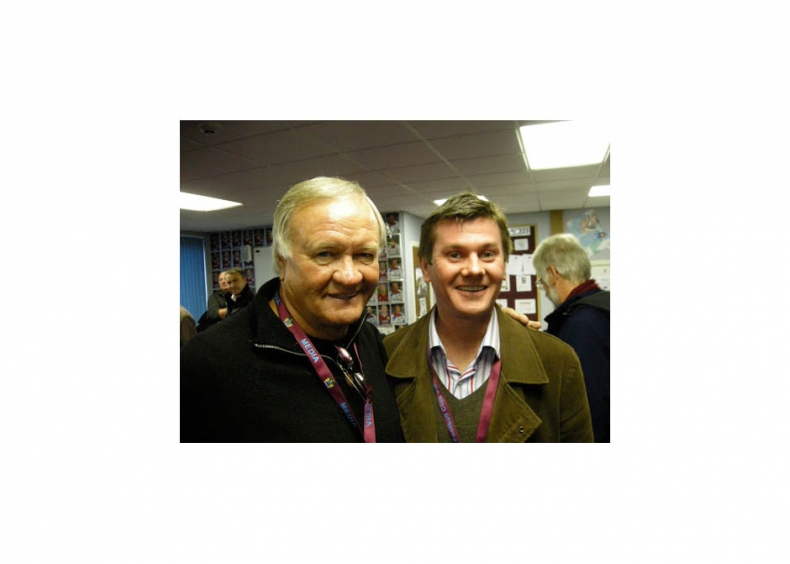 Our Creative Director Simon was busy rubbing shoulders with one of Britain’s best known football pundits, Ron Atkinson, on a recent jolly to Turf Moor. Sam and Mick from our web partner company invited Commercial Director Pete along with Simon to watch his favourite team Villa take on the newly promoted premiership side.

It didn’t look like it was going to be one of Simon’s best days as Burnley’s Caldwell scored in the 9th minute. Whilst Villa played a slow game of catch up Simon had time to have a look around…..and was very pleased when he bumped into the legendary commentator, who he accosted for a picture.

And, if that wasn’t enough, Villa’s substitute Heskey came out of nowhere to score a header in the 85th minute. “What looked like a complete washout after just nine minutes turned out to be a great day,” said Simon. “Villa haven’t won against Burnley in the league since 1966 so it was great to be part of the atmosphere when history was made….although I was careful not to shout too loud as I was surrounded by claret and blue of the wrong badge!”

Simon was also lucky enough to win a Burnley shirt in the raffle, which he promptly re-raffled for Children In Need.