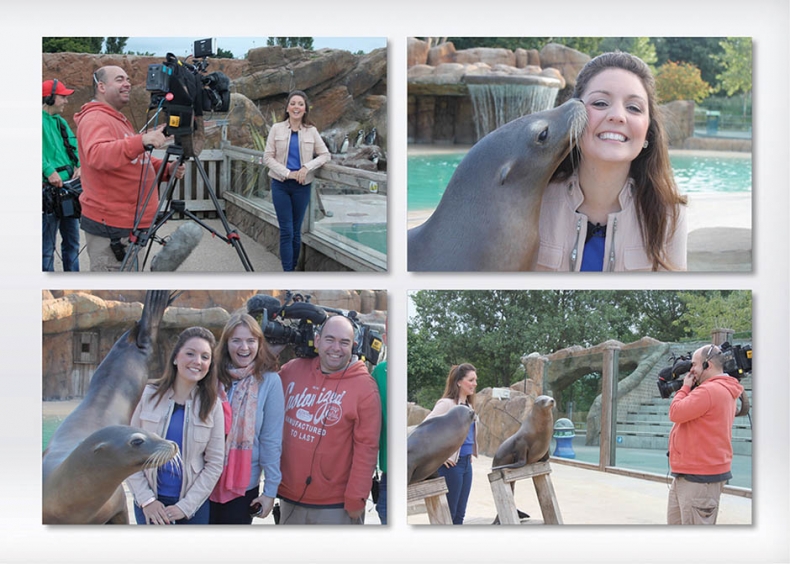 A 2.30am start in the middle of the summer holidays is not everyone's idea of fun, but when Daybreak confirmed it wanted to film live at Blackpool Zoo, the ICG PR team snapped into early morning action!

We offered the national breakfast TV favourite an exclusive opportunity to come and meet the zoo's family of Western lowland gorillas following the release of a national report highlighting some of the world's most endangered mammals.

Producers loved the idea and the decision was made to send a full crew along with weather presenter Laura Tobin to film live forecasts from the gorilla house and other locations at Blackpool Zoo.

A fun filled morning of penguins, sea lions and gorillas resulted in huge national coverage for Blackpool Zoo and by the time the crew left at 9.30am, queues were already forming at the gates!