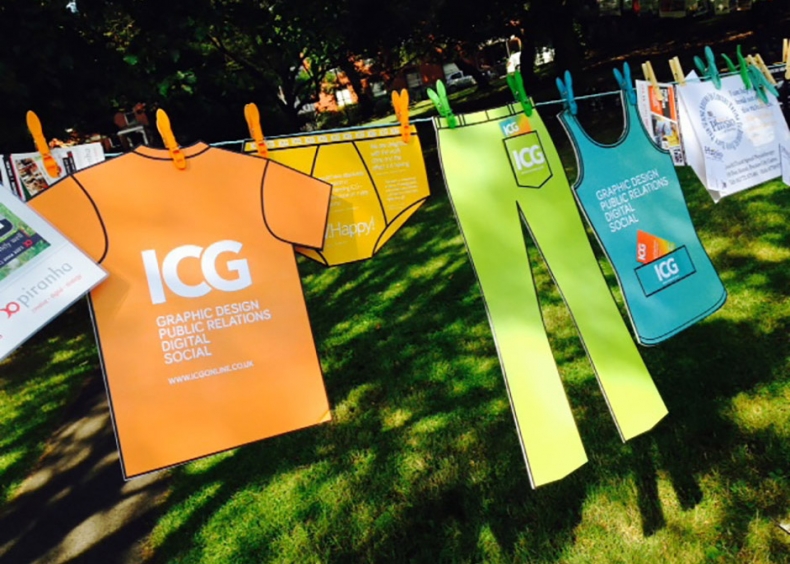 It's a well known fact that when you go to any networking event, you take a stack of business cards because you never know who you might bump into.

So, when team ICG attended this year's 'The Hangout' - a networking event hosted by the Preston Business Improvement District (BID) at Winckley Square in Preston - they took the obligatory business cards...but with a twist!

For those of you who haven't been to 'The Hangout' before, it's worth stating that the event attracts businesses from across central Lancashire and the Fylde and there is a washing line erected at the event for delegates to display their business cards.

Keen to make a first-class impression and stand out from the crowd, ICG's creative bods created four colourfully branded cardboard cutouts of garments and in each pocket, placed ICG business cards.

The team received lots of positive feedback and certainly made a fashion statement that night!