We're hiring! Digital Marketing Manager and other roles. Click to view all vacancies.

We're hiring! Digital Marketing Manager and other roles. Click to view all vacancies.

Supporting our local council during the pandemic

ICG stepped in to help Fylde Council during the height of the pandemic. After nearly a year of handling Covid-19 comms in-house they needed external support for the rollout of the Government’s national roadmap.

ICG rose to the challenge as a dedicated, responsive and hard working partner. With ever changing messages for residents and complex data to convey, we produced clear, concise information that was easy for people to understand. 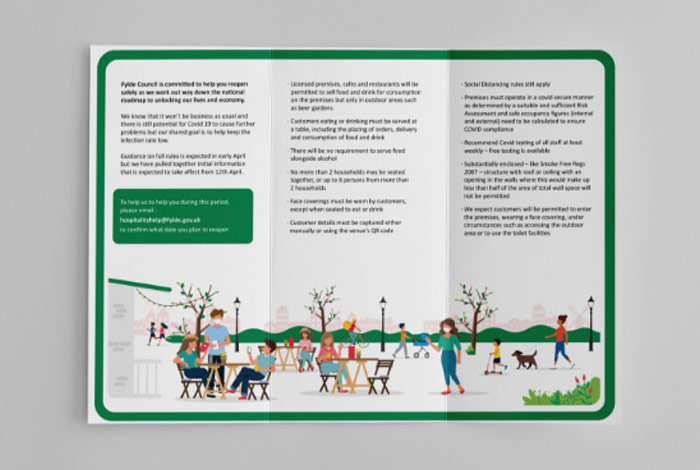 Engaging with the community and businesses

We helped create and deliver a strategy to bring the local community together in a common desire to keep Fylde safe. We shared a balanced mix of inspirational stories and factual information, encouraging people to adhere to restrictions, follow guidance and engage positively with the testing and vaccination programmes.

A friendly illustrative creative style enabled our messaging to stand out from the Government campaign, which encouraged local ownership and an ‘in it together’ feeling. We arranged all media buying including local press, advans and digital as well as utilising council owned locations such as lampposts and bins.

Businesses needed to stay abreast of health and safety requirements and make the most of new funding and grants, so we worked with commercial teams and councillors to engage and inform. 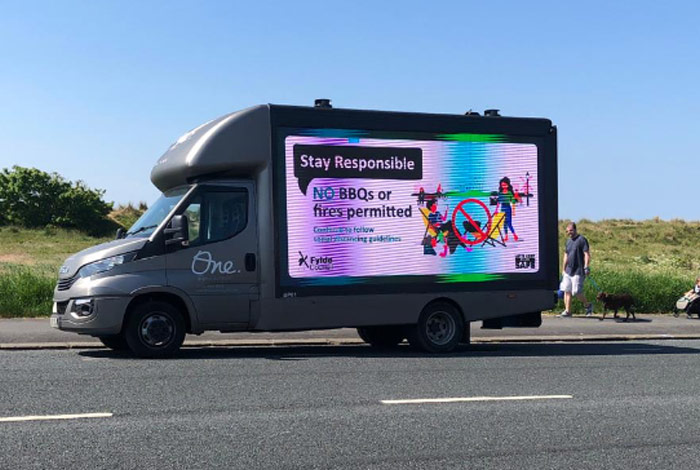 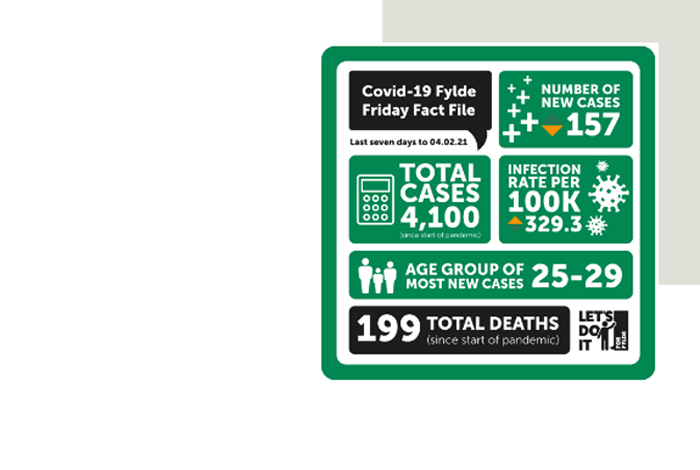 Thank you soooo much for the support this year, it has been quite a journey.

You have helped at every step of the way, delivering fantastic services always with a ‘can do’ attitude. 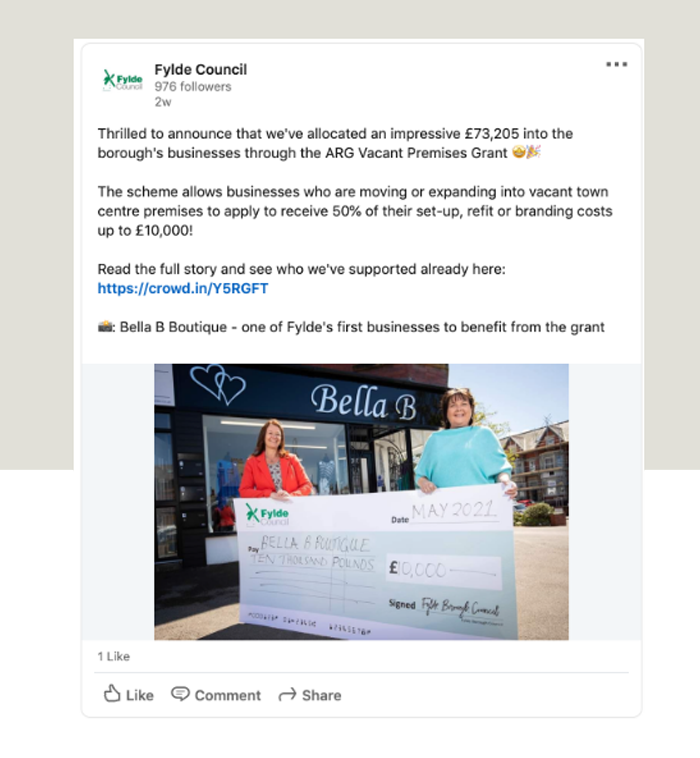 As doors started to open again, it was time to welcome visitors back safely. The ‘Fabulous Fylde’ campaign was developed in partnership with Fylde’s tourism chiefs, adopting a friendly, informal tone with imagery featuring real residents.

Commissioned video content of local businesses and attractions created positive engagement on social media and reminded people why Fylde was an amazing place to visit. 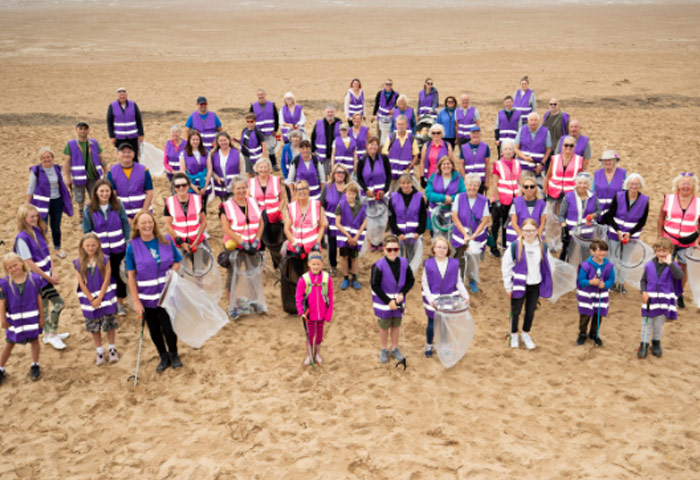 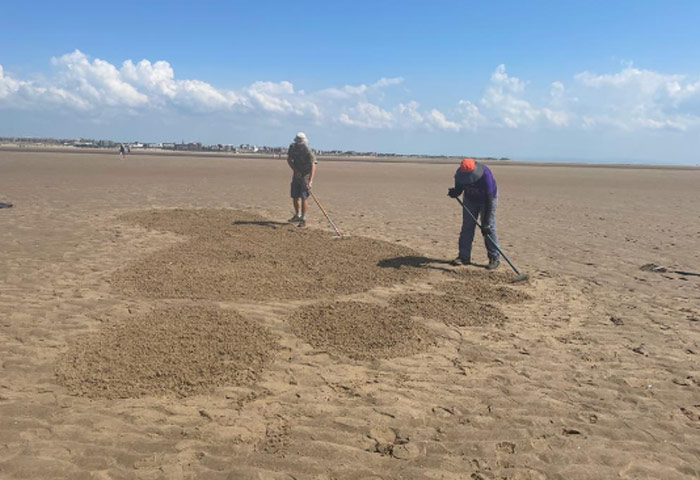 Take It, Don’t Leave It

With more people taking holidays in the UK, we saw increased numbers of visitors to the Fylde, but sadly increased littering. We were tasked with creating a litter awareness campaign called ‘Take It, Don’t Leave It’.

We enlisted a land artist to create a stunning artwork on Lytham sands. As the sea washed it away, drone footage was taken and used for social and PR content.

We also engaged with local community groups, and using a friendly and personable tone, created quirky bin stickers and social media posts that put names to the faces of the hundreds of volunteers that held daily litter picks across the borough.

Despite record numbers of people flocking to the area, there was a marked reduction in litter and an end-of-season celebration for the hard-working volunteers was a great way to round off the campaign. 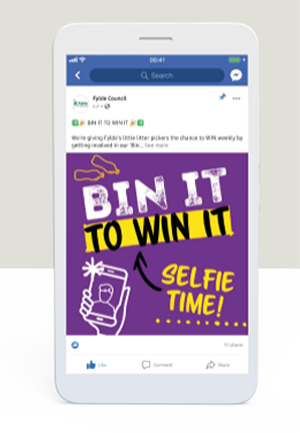